skip to main | skip to sidebar

i can handle coffee stains (as opposed to ink stains); if ingested, the caffeine fucks with my third eye (drinking ink is bad). 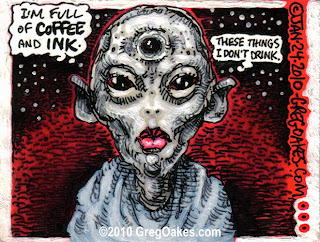 "beauty is in the eye of the beholder" 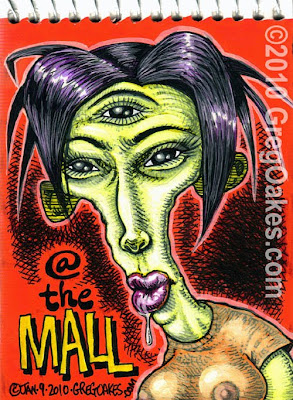 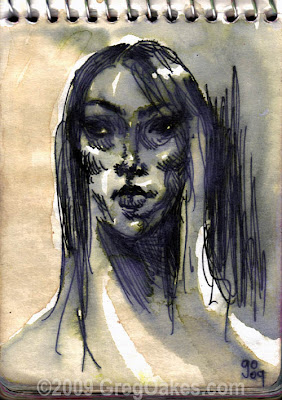 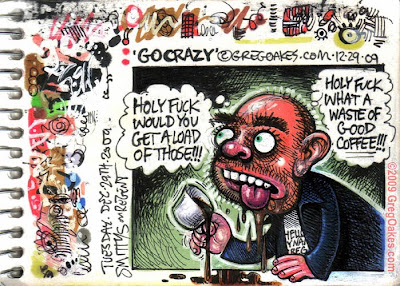 This cartoon is more so an inside joke between myself and a few friends; then again maybe it's just an inside joke between Me, Myself & I (aka the voices in my head). ;) Long story short,... there were two women sitting across the room from us at a local lounge/restaurant; one was a slender brunette and the other was a blonde with big boobies; we found out later that the blonde just recently had a baby which explained why her breasts were so large. Wasn't that an exciting story?! I knew that you'd love it!! ;) *SIGH* Unfortunately nobody was crying over spilt milk that night,... only spilt coffee. *GROAN* The entire spilt coffee scenario in reality never happened, but it did really happen in my mind, hence the dramatic cartoon reenactment! ;)
©2010 GregOakes.com
ps. it's one of those cartoons that doesn't make much sense unless you were there, or have your mind in the gutter on a regular basis (like myself); hence the little story to accompany the cartoon so that there would be less head scratching.
btw, the scribbles surrounding the main cartoon panel have nothing to do with the cartoon itself; i simply liked the look of the page in general. enjoy.
Posted by greg oakes at 10:17 PM No comments:

PLEASE, HELP A STARVING ARTIST OUT TODAY!! THANK-YOU FOR YOUR SUPPORT! PEACE, LOVE,...~GO

greg oakes
Winnipeg, Manitoba, Canada
Greg is a Winnipeg-born artist (03.21.73). His influences range from, Looney Tunes, the Muppets and Mad Magazine, to the likes of Robert Crumb, Brian Froud and HR Giger. Greg is a 1993 Graduate of Red River College's 'Advertising Art' program, and has worked professionally in the graphic arts industry ever since. He is also a father to three daughters, and currently lives in Winnipeg.